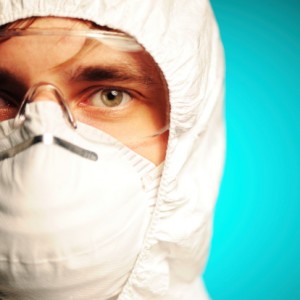 Earlier this month, Montana Governor Steve Bullock issued a sternly worded letter to the EPA, denigrating the agency for failing to complete a toxicity report needed to cement final asbestos cleanup plans for the former mining town of Libby, Montana.

“The community of Libby has been waiting for 15 years for a final cleanup plan,” wrote Bullock, “and it is time to provide the people of Libby certainty regarding the proposed cleanup.” Unfortunately the EPA has responded with a statement saying that they do not have a new expected release date for the toxicity report. Experts speculate that pressure from the mining company in the form of challenges to the EPA’s research and procedures is a key factor in the delay of the report.

The history of asbestos contamination in Libby dates back to 1919, when the first vermiculite mines were opened near the town. Vermiculite in its pure form is non-toxic. However, the vermiculite mined near Libby was contaminated with 3 types of asbestos. As it was removed and processed, potentially deadly asbestos dust spread throughout the area, invading homes and businesses.

To make matters worse, the company routinely donated their leftover vermiculite as filler for playgrounds, yards, gardens, roads, and even baseball fields. This brought even more asbestos dust into the town.

For decades, the mine’s owners refused to admit awareness of their vermiculite’s asbestos content and the dangers it posed to employees and the community. In 1999, the problem gained national attention after an exposé about the company was published in the media, and the EPA took notice.

In 2002, the EPA placed Libby on the Superfund list, a collection of severely contaminated properties requiring massive cleanup efforts. In 2008, the mine owner was required to provide $250 million for cleanup costs.

Since then, at least 1,700 homes and businesses have undergone professional asbestos cleanup efforts, and over 1.2 million tons of contaminated soil have been removed. So far the project has cost $447 million and there are still hundreds of properties awaiting cleanup. The vermiculite mine also needs to be addressed, and there is currently no final cleanup plan for this hazard.

In 2013, the EPA’s own Office of Inspector General also criticized the agency for delays in releasing necessary reports to the town of Libby.

While the scope of this asbestos cleanup project is almost unimaginable, it does highlight the fact that it is necessary to have a detailed plan of action prior to attempting any kind of asbestos cleanup activity. Fortunately, the much smaller scale contamination caused by asbestos-containing materials in individual homes and businesses can easily be handled by professional environmental consultants such as H2 Environmental. If you suspect you have asbestos on your property, please contact us for a complete plan of action utilizing the latest industry standards for safe asbestos handling and disposal.