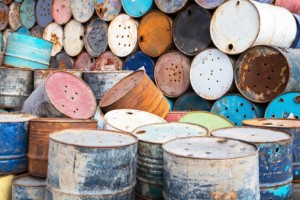 In 2000, the movie Erin Brockovich brought the issue of decades-old environmental contamination affecting the present public health into the national spotlight. Thanks to this film, many Americans got their first introduction to the idea that corporations can be held liable for injuries and deaths caused by improper waste disposal, spills, and other types of pollution.

Now, the real-life Erin Brockovich is concerned that a recent Supreme Court decision may prompt more states to adopt laws that could protect corporations from pollution created decades ago.

The case before the court involved a group of landowners in Asheville, North Carolina, who had suffered a variety of health problems including cancer. In 2009, these property owners discovered that the company that sold them their lots in 1987 had contaminated the water supply with toxic solvents in the 1970s and 1980s.

The landowners brought a suit against the company. Under the federal Superfund law, they were entitled to do this despite the fact that decades had elapsed between the contamination and the discovery of ill effects.

In the opinion, the court affirmed that the Superfund law trumps any state statutes of limitations that may apply to filing environmental injury cases. However, the court pointed out that the Superfund law does not trump state statutes of repose that protect companies from liability after a certain number of years. In this case, the statute of repose was 10 years. Since pollution occurred way back in the 1970’s and 1980’s, the court found that the property owners could not receive any compensation for their injuries.

The court acknowledged that allowing state law to protect companies from liability will prevent many individuals from having the ability to sue. An amendment to the Superfund law would be necessary to preserve this ability, but this does not seem likely to happen.

Currently, there are only 4 states with statutes of repose that could affect environmental injury lawsuits: Connecticut, Kansas, Oregon, and North Carolina. However, it is possible that other states may get pressured by business interests to adopt statutes of repose following this ruling.