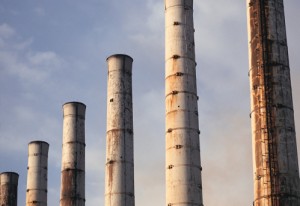 In 2012, USA Today did an exposé on the dangers of building homes on the sites of historic lead smelters. Their report revealed that the EPA had been informed of 464 possible sites by a researcher in 2001, yet had failed to conduct a thorough and timely investigation or alert the public. Today, 2 years later, a government audit has found that the EPA still hasn’t done enough. The audit faults the EPA for failing to set criteria and time limits that would have enabled them to conduct timely screenings to the high standard necessary to protect the public.

According to the EPA Office of Inspector General, despite taking more than 12 years to finish preliminary assessment of the sites, the EPA is now making progress. Since USA Today’s report, the EPA has spent $9.2 million and found 50 sites that pose dangers. However, the audit revealed that flaws in the EPA’s evaluation procedures may have resulted in them missing some sites.

Lead contamination is a serious risk, especially for children, whose developing bodies are more vulnerable to lead poisoning than adults. If lead accumulates to unsafe levels in their blood, children can develop developmental disabilities as well as serious illnesses.

According to William Eckel, the researcher who first notified the EPA of the list of sites in 2001, lead smelters operating up until the 1930s to 1960s produced veritable blankets of contamination in the form of toxic smoke, with particles floating down on the ground far beyond the factory property lines.

This situation highlights the fact that it is not always possible to know what kinds of contamination may be present on a property just by looking at the current structures. Even delving into the historical records may not help, as documentation can get lost or misinterpreted over the years. The best way to determine whether or not lead contamination or any other contamination is present is with professional testing. In this case, families can use soil testing to determine if lead contamination is buried beneath the soil in their yards. Then, they face the challenge of deciding if they want to cover the contaminated soil with clean fill, move, or just not let their kids play outside.

H2 Environmental can provide expert soil testing as well as assistance with lead remediation planning and execution to help any family with questions about lead contamination.