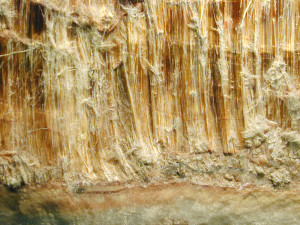 Despite nearly a century of study, the medical community is still not entirely sure of the exact mechanism that causes the development of mesothelioma in individuals exposed to asbestos. However, researchers do have some very promising theories.

What Happens When Asbestos is Inhaled?

It is common knowledge that inhaling asbestos dust and fibers causes potentially fatal lung problems including cancers. Even in ancient times a clear link between asbestos and illness was known to scholars and naturalists. However, exactly what causes the development of the illness is still not entirely clear. Many experts believe that oxidative stress may play a key role.

The presence of asbestos inside the body triggers the overproduction of free radicals called reactive oxygen species. The resulting chemical imbalance is called oxidative stress. The free radicals steal electrons from other compounds in the body, resulting in a chain reaction of damage to cells and to DNA.

A team of Turkish scientists recently found a significant link between the level of oxidative stress in the body and a person’s risk for developing malignant mesothelioma, which seems to indicate that medical experts may be correct in pointing to oxidative stress as the mechanism that causes asbestos-related cancers.

If oxidative stress is causing the disease, it stands to reason that treating this chemical imbalance could help prevent or cure the symptoms. The best way to treat oxidative stress is through the introduction of antioxidants. Having extra electrons, these compounds can donate one when a free radical comes knocking, thereby saving cells and DNA from damage.

There is not a whole lot of research in this area, but three studies have been done that seem to support the promise of antioxidants for mesothelioma prevention and treatment.

First, there were two separate studies that investigated the link between diet and risk for mesothelioma. They both concluded that people who ate more vegetables had lower risks of developing the cancer. The antioxidants found in vegetables could be responsible for this effect.

Next, there was a 2013 study that tested whether the antioxidants vitamin C and EGCG extract could improve the effectiveness of chemotherapy treatments for mesothelioma in mice. The researchers found that the subjects who had both antioxidants and chemo showed better reduction in tumor growth and spreading than those who only had chemo.

Though adding antioxidants to the diet may help prevent oxidative stress from causing cancer, obviously the best means of preventing mesothelioma is to prevent exposure to asbestos in the first place. H2 Environmental can help. We can facilitate asbestos testing to identify risks and provide complete project specifications for safe, effective, and legally compliant asbestos removal.